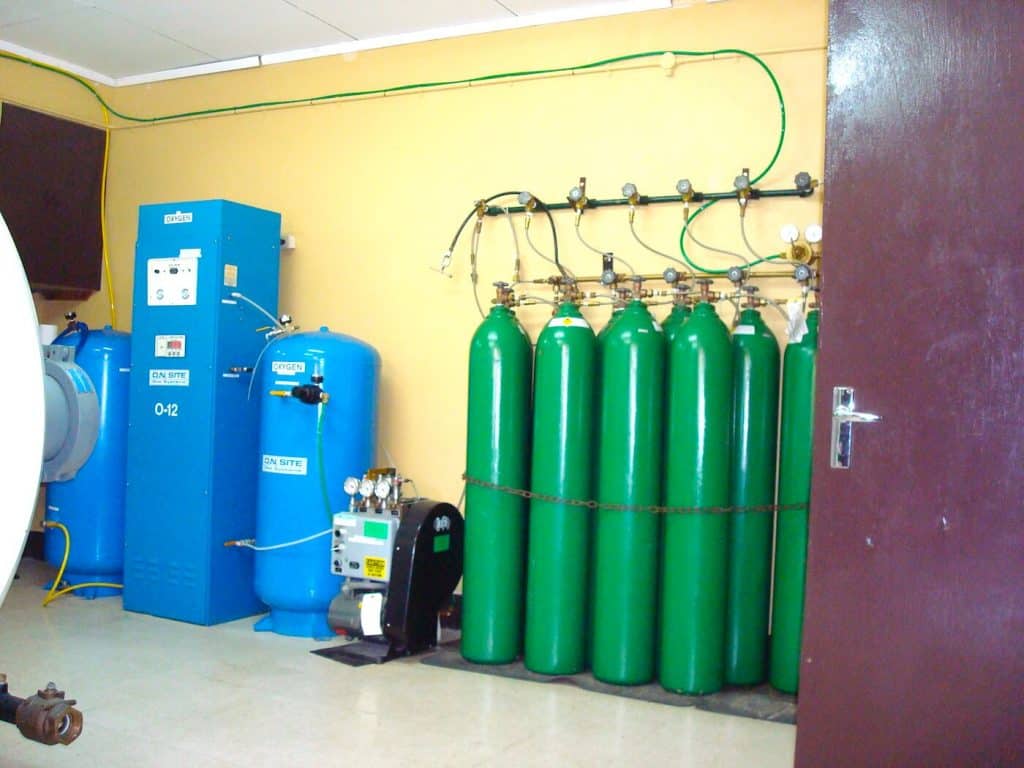 Oxygen Generators also known as Pressure Swing Adsorption Oxygen Concentrators are used in medical applications where liquid or pressurized oxygen is not available.

Oxygen Generators operate on the principle of rapid pressure swing adsorption of atmospheric nitrogen onto zeolite minerals and then venting the nitrogen.

This type of adsorption system functions as a Nitrogen scrubber, allowing Oxygen and other atmospheric gases to pass through.

Pressure Swing Adsorption is a reliable and economical technique for small to mid-scale Oxygen generation.

At high pressure zeolite adsorbs large quantities of Nitrogen due to its large surface area.

After the Oxygen and other gases are stored the pressure drops which allows Nitrogen to escape.

The resulting Oxygen is then compressed and stored at high pressure for Hyperbaric use.

Our Hyperbaric Chamber is fantastic! Better than we had hoped for!

Our chamber is unstoppable. It’s in it’s 15th year of operation, and we’ve never had a down day.

All of our patients love the Tekna chamber. It is so comfortable and roomy.

The Tekna Chamber is operator friendly and has all the safety bells and whistles.

Our chamber was built and installed in 2002. It’s a workhorse. We’ve never had any problems.

In the Tekna Chamber, our patients consistently comment how comfortable their dives are.

The patients think the Tekna Chamber looks cool and they love the roominess.